In honor of Banned Books Week, our eBook of the week is one that is on the list of top 10 books challenged in 2012.

Thirteen Reasons Why by Jay Asher

“Clay Jensen returns home from school to find a strange package with his name on it lying on his porch. Inside he discovers several cassette tapes recorded by Hannah Baker – his classmate and crush – who committed suicide two weeks earlier. Hannah’s voice tells him that there are thirteen reasons why she decided to end her life. Clay is one of them. If he listens, he’ll find out why. Clay spends the night crisscrossing his town with Hannah as his guide. He becomes a firsthand witness to Hannah’s pain, and learns the truth about himself-a truth he never wanted to face.

Thirteen Reasons Why is … an unrelenting modern classic.”

Check it out!  Beyond Library Walls Digital Collection

Banned Books Week was launched in 1982 in response to a sudden surge in the number of challenges to books in schools, bookstores and libraries. More than 11,300 books have been challenged since 1982.

According to the American Library Association, there were 464 challenges reported to the Office of Intellectual Freedom in 2012, and many more go unreported. The 10 most challenged titles of 2012 were:

“Banned Books Week stresses the importance of preventing censorship and ensuring everyone’s freedom to read any book, no matter how unorthodox or unpopular.”

Celebrate your right to read.

Check this one out …

The Sojourn by Andrew Krivak

“The Sojourn, winner of the Chautauqua Prize and finalist for the National Book Award, is the story of Jozef Vinich, who was uprooted from a 19th-century mining town in Colorado by a family tragedy and returns with his father to an impoverished shepherd’s life in rural Austria-Hungary. When World War One comes, Jozef joins his adopted brother as a sharpshooter in the Kaiser’s army, surviving a perilous trek across the frozen Italian Alps and capture by a victorious enemy.” 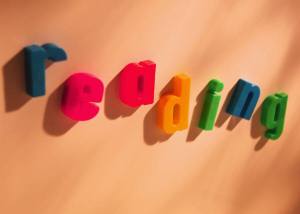 Reading for pleasure puts children ahead in the classroom, according to a study conducted by the Institute of Education (IOE) in the United Kingdom.

“The IOE study, which is believed to be the first to examine the effect of reading for pleasure on cognitive development over time, found that children who read for pleasure made more progress in maths, vocabulary and spelling between the ages of 10 and 16 than those who rarely read.”

Records are meant to be broken … On August 27, the Cape Town Central Library (South Africa) made an attempt to break the world record set by the Seattle Public Library earlier this year for longest book domino chain.

Although the results have not been officially verified by Guinness World Records, the Cape Town Central Library in partnership with Open Book, toppled a “domino” line of 2,586 books.  It took two attempts to get there.

BSC is hosting “The Kennedy Legacy: 50 Years Later” syposium in November.  What better way to prepare than by reading about JFK and the Kennedy family?  We have great resources at the BSC Library, including this eBook:

“Fascinating .. Absorbing … with the dramatic and powerful style of a master storyteller.”  — Boston Herald

Check it out!  Beyond Library Walls Digital Collection