The Library’s catalog, ebook collections, and databases are available 24/7. 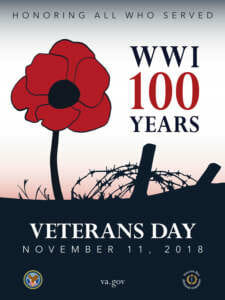 Even when we’re closed, the library catalog and databases, including ebooks, are available 24/7.

“2018 marks the Centennial Commemoration of the end of World War I on November 11, 1918. The theme for the 2018 Veterans Day Poster is: “The War to End All Wars” and features a poppy and barbed wire.”

The BSC Library will observe these hours during the Veterans Day holiday weekend:

Even when the library is closed, the ODIN library catalog and databases are available 24/7.

In honor of our veterans and Veterans Day, which we will celebrate on November 11, we recommend:

A Life after the Military: a Handbook for Transitioning Veterans by Janelle Hill

Hundreds of thousands of military members are making the transition to civilian life each year. This transition is a move into unfamiliar territory, and can be an extremely uncomfortable process. But there are resources in place that can relieve much of the stress of the challenging situations that may arise …  This book is essential for all who are transitioning out of the military and their loved ones.

Check it out! Beyond Library Walls Digital Collection

The Library will observe these hours for the Veterans Day weekend: 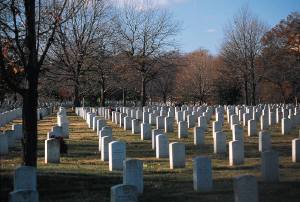 Even when we are closed, the Library’s ODIN catalog and online databases are available 24/7. 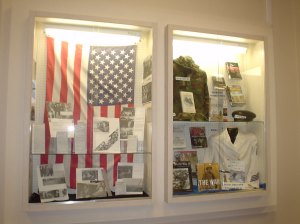 In the United States, Veterans Day honors veterans of the armed forces and those killed in the country’s wars.

The observance began as Armistice Day to commemorate the armistice signed between the Allies of World War I and Germany for the cessation of hostilities on the Western Front, which took effect at eleven o’clock in the morning—the “eleventh hour of the eleventh day of the eleventh month” of 1918.

In 1921, the body of an unknown soldier from World War I was buried at Arlington National Cemetery in Arlington, Virginia.  Similar ceremonies took place at Westminster Abbey in London and at the Arc de Triomphe in Paris.

November 11 became a national holiday in the United States in 1938.  In 1954 the name was changed to Veterans Day to honor those who had served in all U.S. wars.  Ceremonies are held each year at the Tomb of the Unknowns, and floral tributes are placed on the graves of servicemen and at memorials throughout the country.

We invite you to stop by the BSC Library to see the beautiful display created by Carolyn Twingley, Serials/ILL/Archives Librarian, in honor of veterans and their service.

The BSC Library will be closed on Veterans Day, Thursday, November 11.